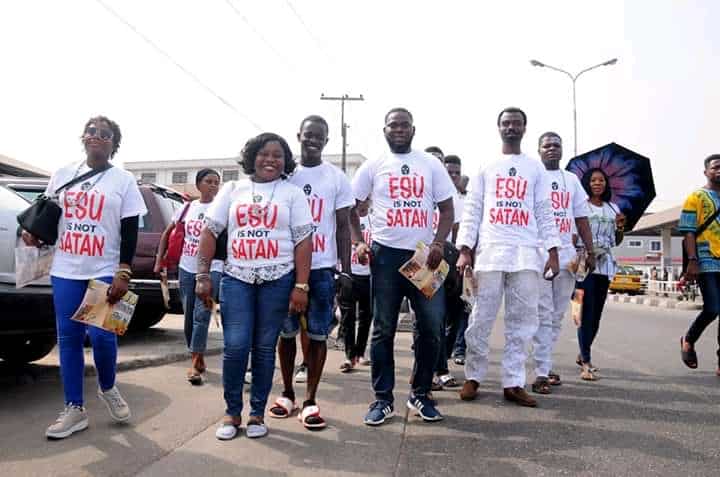 We joined joined the #esuisnotsatan awareness late December 2018. The reason for the campaign was to let people know what Èṣù is and what it is not and to encourage people to own up to their mistakes without saying “Iṣẹ́ èṣù ni”.

There have been misconceptions about Èṣù, what people think it is. In this post we will like to tell you what Èṣù truly is and what it is not.

THE SOURCE OF THE MISCONCEPTION.

Samuel Ajayi Crowther Translated the Bible from English to Yorùbá Language. Ajayi was only 12 years old when he was captured, along with his mother and toddler brother and other family members, along with his entire village, by Muslim Fulani slave raiders in 1821 and sold to Portuguese slave traders. However, before his slave-ship left port, it was boarded by a British Royal Navy ship under the command of Captain Henry Leeke, and Crowther was taken to Freetown, Sierra Leone, where he was released.

Some mistakes were made during the translation of the Bible into Yoruba language, most of the translations works was done single-handedly. Anyone who has been engaged in any form of translation knows how challenging it can be. And also, this man was forcefully taken from his homeland and sold out at the age of twelve, what does a twelve year old know about Èṣù?

Crowther however made the writing of Yorùbá language possible today.

With these few points of ours, we hope we’re able to convince you and not confuse you that Èṣù is not Satan!